In July, Chasing Coral turned three!  Can you believe it? Together, you helped us wake up the world to what’s going on beneath the surface. We’re thrilled to share some special moments along the way that have humbled and inspired us, and dive into what’s next for our team. 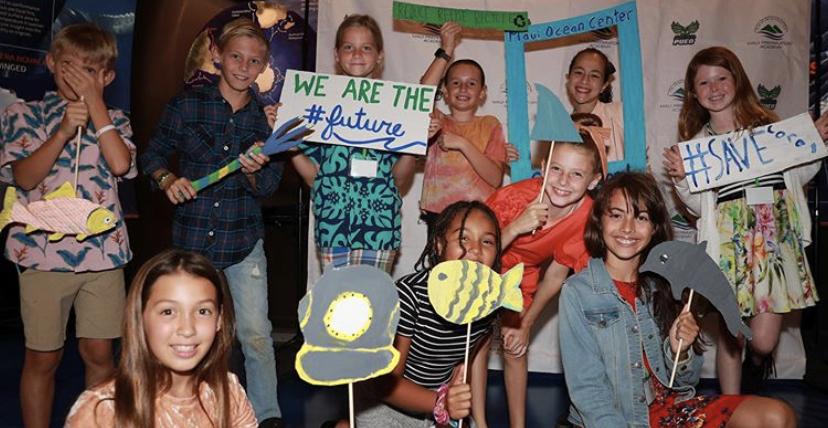 To date, there have been over 2,700 screenings of Chasing Coral on 6 continents thanks to you! From Kazakhstan to Tuvalu, Norway to Angola, Estonia to Tutuila Island, screening hosts all around the world are starting conversations with their communities about how the changing climate impacts reef ecosystems and so much more.

Thank you for the memories! There were too many amazing moments from these last few years to share in one post, so instead of writing about each one, we’ve compiled some of our favorite moments into a visual timeline and put together an updated global screenings map. Check them out on our impact page!

Where Are They Now?

A lot has happened since filming, so we wanted to share some updates on what the subjects from Chasing Coral are up to now! 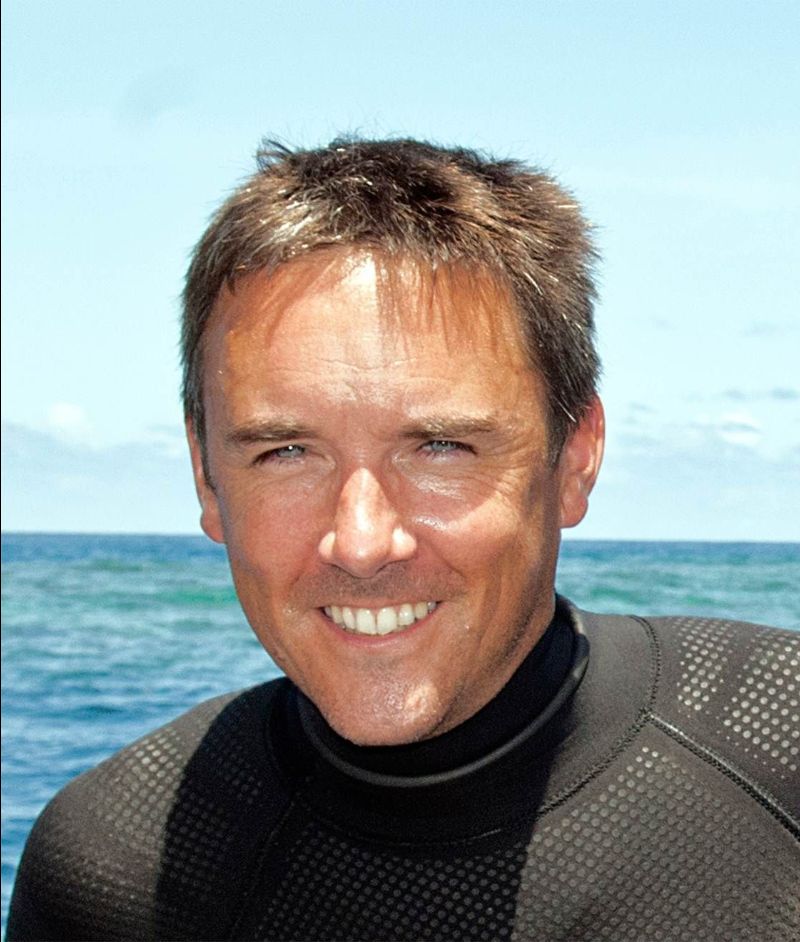 Due to the success of Chasing Coral, Richard moved his organization, The Ocean Agency, to the US. His 50 Reefs initiative (mentioned at the end of the film) was a huge success, resulting in one of the largest-ever philanthropic donations for coral reef conservation ($86m pledged by Bloomberg Philanthropies) to boost conservation in the 50 reef sites identified. That success inspired Richard to think even bigger and The Ocean Agency is now working with the UN Environment Programme to try to help secure international policy commitments for saving coral reefs at key decision-making events in 2021. Check out their most recent project, The Ocean League, and sign The Ocean Pledge to show policy makers that you support greater ocean protection. 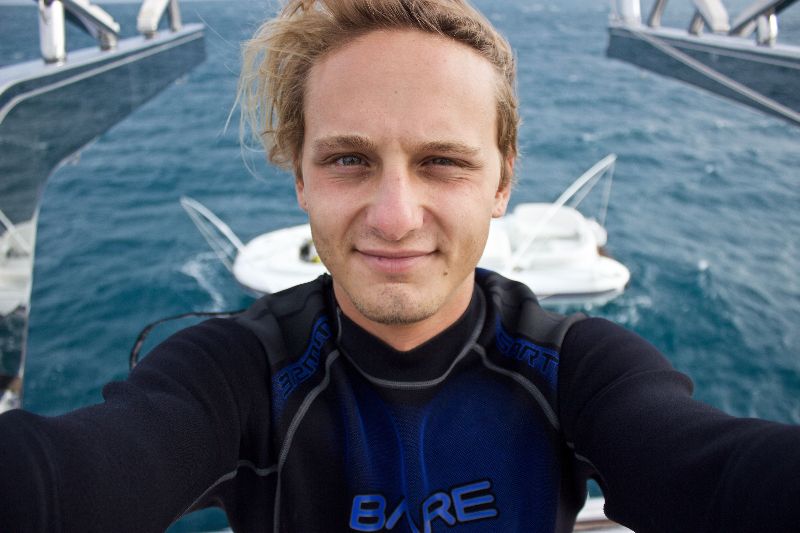 After the film, Zack continued his work of educating kids and adults alike about the plight of coral reefs.  In 2017, he joined The Great Barrier Reef Legacy on their Search for Super Corals and was part of the team who discovered the first new species of coral in 30 years!  Since then, he co-founded The Ocean Blueprint with fellow Chasing Coral alumni, Trevor Mendelow of View Into the Blue, and is now pursuing his PhD in Marine Biology at University of Hawaii at Manoa. Rock on, Zack! 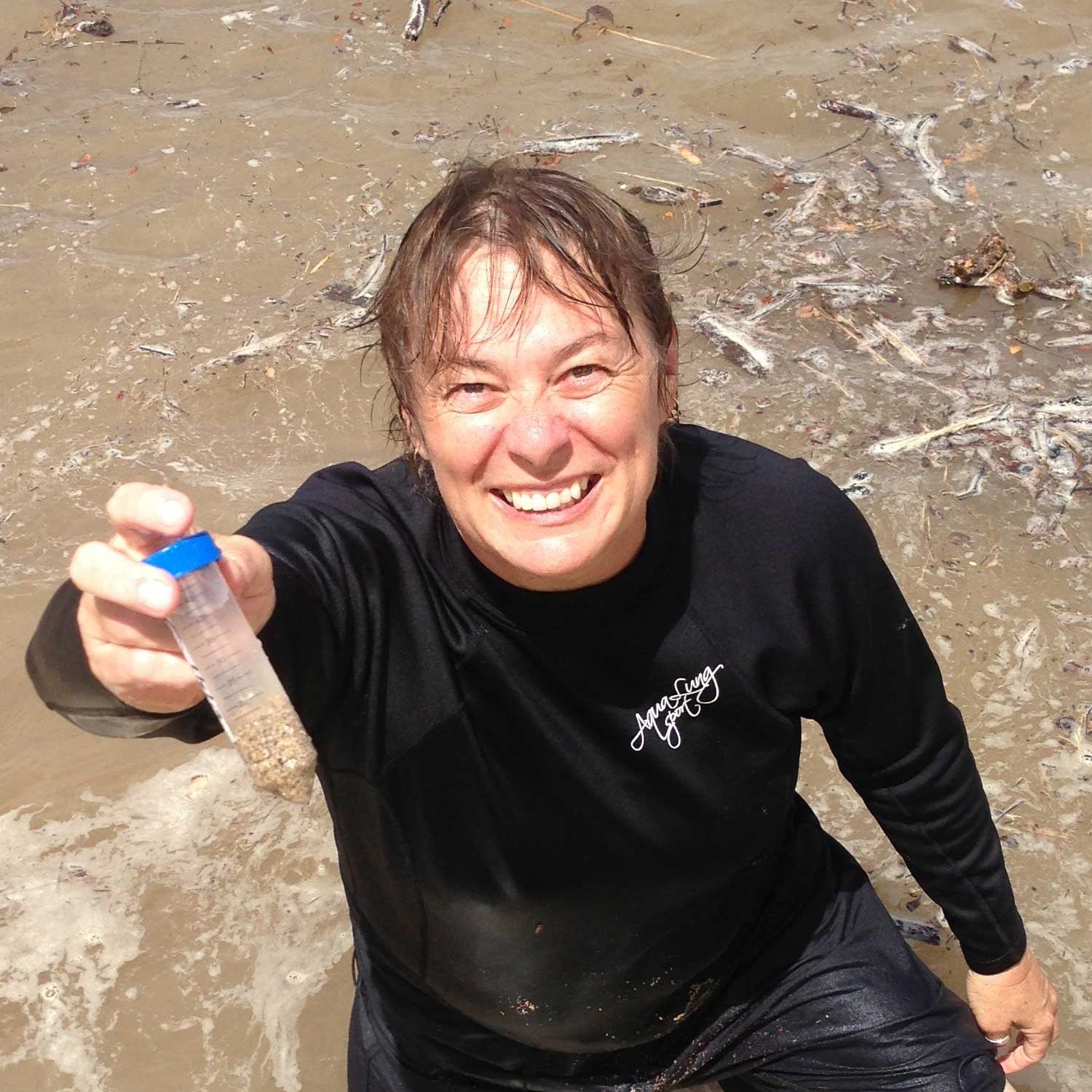 Though Dr. Gates passed away in 2018, her legacy lives on. An article in The  Atlantic wrote, “As one of the world’s foremost coral scientists, she was under no illusions about the perils that corals face—but she was relentlessly optimistic nonetheless.”  We continue to be inspired by that infectious positivity with the late Dr. Gates’ narration in the newly released interactive documentary Lost Cities: A Story of Coral. You can learn more about her invaluable contributions to the world of coral science on the Gates Coral Lab website.

The Corals: Stars of the Show 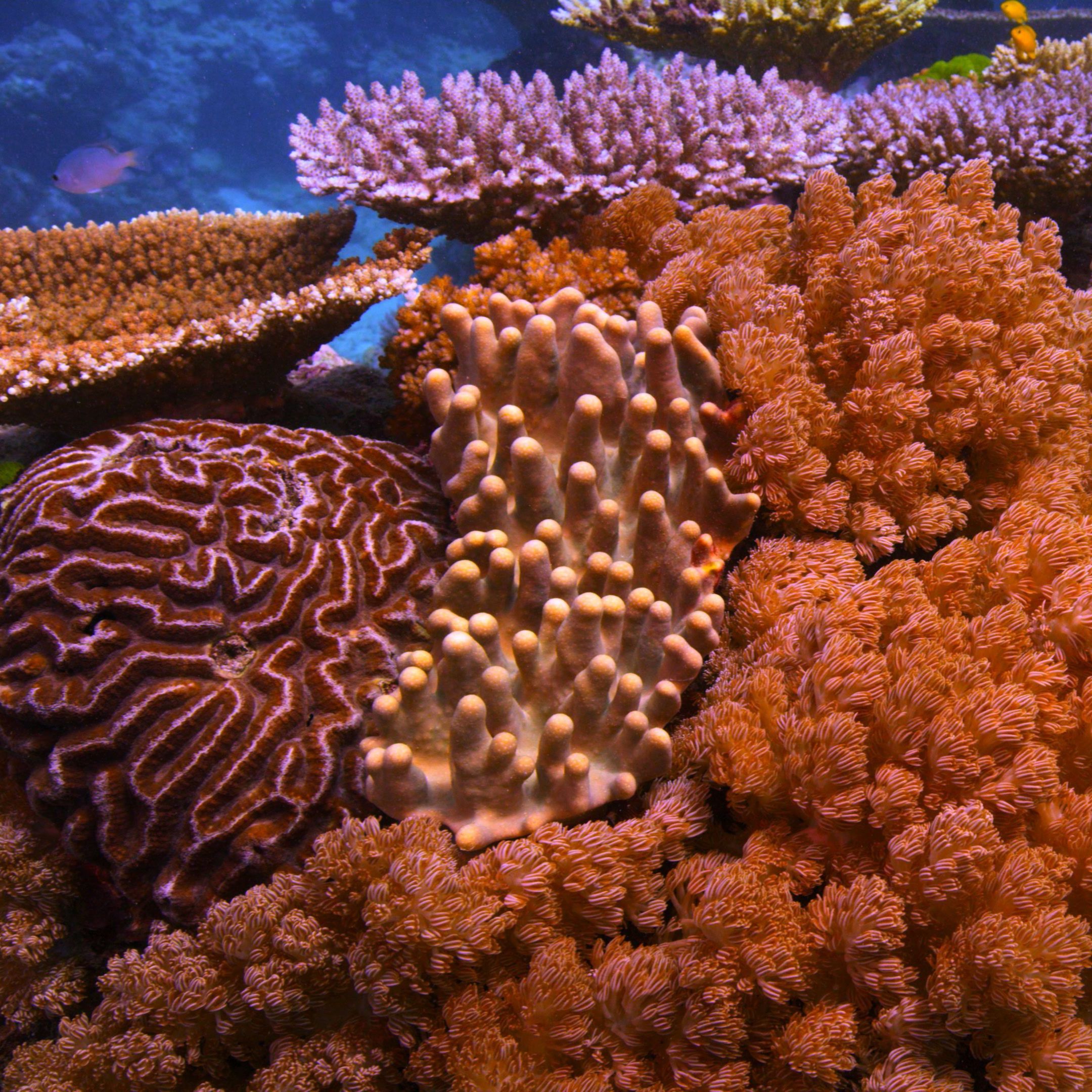 How are those amazing anthozoans*?  We spoke with Dr. Mark Eakin, a feature subject from Chasing Coral, at NOAA’s Coral Reef Watch to find out how reefs have been doing since filming ended in 2017.  “Even though the 2014-17 bleaching event ended, bleaching has not. Many locations have seen more bleaching as each of the years since have all been in the top 6 warmest years recorded. Previous predictions estimated we could lose 90% of the world’s reefs by 2050 if we don’t act fast. We haven’t acted fast enough and we may lose them sooner than that,” says Dr. Eakin. Although that’s not the update many of us hoped for, it’s an important reminder that the fight for climate action is ongoing.

*Fun Fact: Anthozoa is the class that corals belong to in taxonomy, the system of categorizing and linking all living things.  The word anthozoa comes from the Greek, anthos, which means flower, and zōia, which means animals!*

How you can help: Continue highlighting the invisible threats to the ocean by sharing posts, starting conversations, and learning about the broad range of climate and ocean action that is under way every day. Some great places to get inspired are 52 Hertz: The Lonely Whale Podcast and checking out the work that SeaTrees is doing. And keep your eyes peeled for the 2020 Global Report on the Status of Coral Reefs later this year, the first global coral survey in 12 years!

Due to the new realities of COVID-19, we’ve adapted our global screenings program. This year’s Earth Day celebration took place online as a virtual watch party and Q&A, featuring the environmental storytellers behind Cooked, Water Warriors, and Lowland Kids in addition to Chasing Coral. In addition, to allow for at-home educational use, Netflix released Chasing Coral on YouTube for free.  Since it was uploaded in April, the film has amassed over 770,000 views on YouTube and counting! 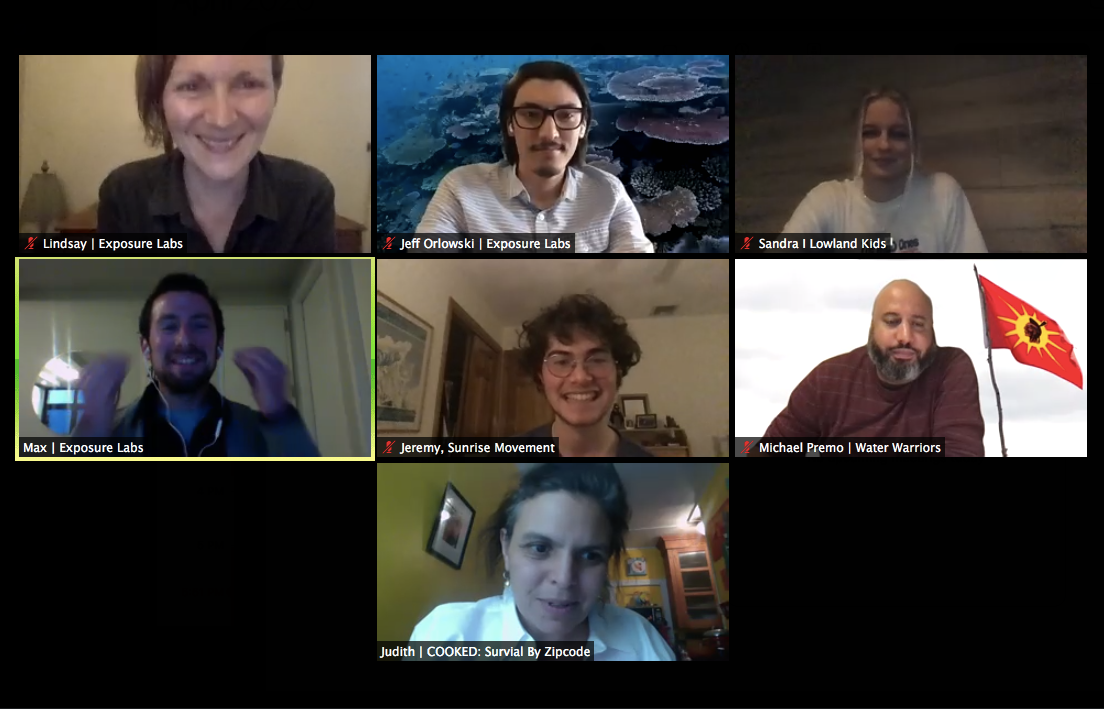 In just 3 short years, so much positive change has come through this community — and we don’t plan to stop sharing, learning, or growing together as we continue the call for climate action.  Expanding our work beyond Chasing Coral, we’ve launched two new programs: Film in the Field and Climate Story Lab (with Doc Society), both elevating communities who have historically been left out of the climate conversation.

As an organization, we pledge to integrate diversity, equity, inclusion, and justice into all aspects of our work as we continue our fight for a more just and sustainable world. The intersection of conservation and anti-racism is a crucial piece of the puzzle in searching for sustainable solutions to the threats posed to all of us by climate change.  We look forward to what’s ahead! 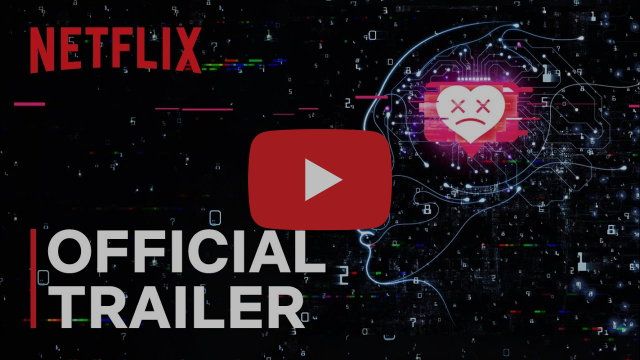 Our past projects, Chasing Ice and Chasing Coral, were heavily focused on revealing invisible problems. Our changing glaciers and coral reefs were so far out of sight and out of mind for most of the world, yet their massive transformations were an undocumented signal of the devastating speed of climate change. With The Social Dilemma, we continue that philosophy, this time shifting our focus from environmental ecosystems to information ecosystems.

We can’t believe another great year has already gone by with so many awesome moments thanks to this community. Thank you for your continued support, and cheers to another year of waking up the world! 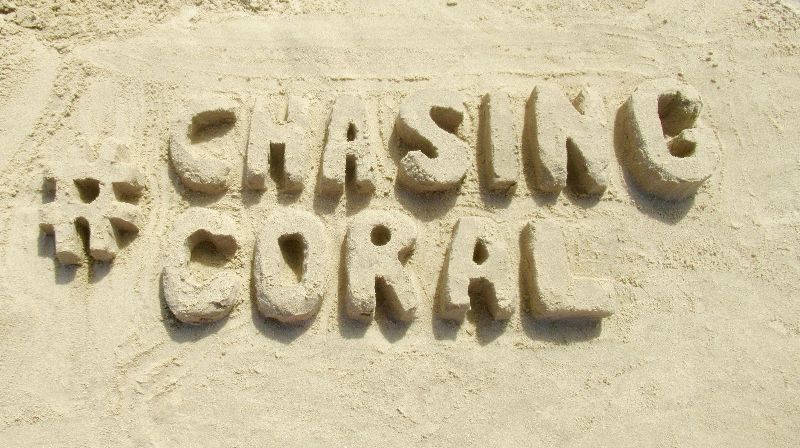